Being hit by a car is traumatic and usually catastrophic. Many victims hit by a car sustain life-threatening injuries.  According to the Centers for Disease Control and Prevention (CDC), each year in the United States approximately 137,000 pedestrians hit by cars are treated in emergency rooms and almost 6,000 people die from their injuries.  Here in California, a disproportional amount of pedestrians are hit and killed by vehicles.  According to the California Office of Traffic Safety (OTS), roughly 1,000 pedestrians are killed each year.  This accounts for approximately 1/6 of all traffic fatalities in the United States, which is a staggering statistic for the Golden State.  Our pedestrian accident lawyer in Orange County, CA understands how serious this problem is.

This is why our law firm is dedicated to protecting the rights of personal injury victims throughout California, particularly in Orange County. Here at Tim Dominguez Injury Law, we understand that victims and families are confronted with the unexpected costs of medical bills and lost wages due to another person’s negligence.  This is why our Irvine pedestrian accident attorney offers free consultations for victims and their families who have suffered serious injuries in a pedestrian accident.  We also pay the upfront costs and disbursements of litigation which are only reimbursed if we make a recovery for you.  The same is true of our attorneys’ fees, which are only a percentage of what we recover for you and paid only after we recover money for you.  This means there is no upfront cost or risk to working with our Irvine pedestrian accident lawyer in Orange County.

What To Do If You Are Hit By A Careless Driver

Any car or truck accident involving a careless driver can be devastating. But when you consider a car colliding with an unprotected pedestrian, the results can be devastating. Serious pedestrian accidents can cause severe injuries like paralysis, internal bleeding, broken bones, and much more. The United States Department of Transportation announced that pedestrian accidents are all too common, especially in major areas like Orange County. One study found that a pedestrian was killed in a traffic accident once every 88 minutes in the United States. In contrast, non-fatal injuries occurred much more frequently. Motor vehicle drivers have a duty to watch for and yield to pedestrians under certain circumstances. For instance, when a pedestrian is crossing the street at a marked crosswalk. When a careless driver strikes a pedestrian under these circumstances, their actions constitute negligence, and they will be liable for the harm they cause. If you’ve been hit by a car and sustained serious injuries, contact our qualified pedestrian accident lawyer in Orange County as soon as possible. 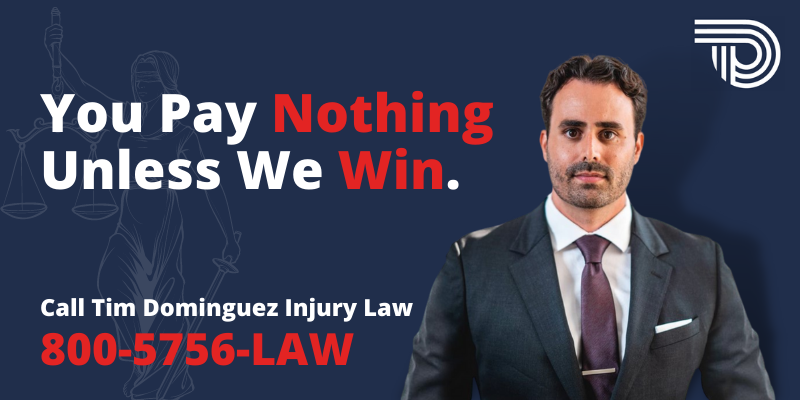 There are many ways that a pedestrian accident could occur.  Most of the reasons are due to the reckless, careless, and outright negligence conduct of a motorist.  This means that a motorist will likely be found negligent and responsible for his or her actions in harming you.  Some of the most common causes of pedestrian accidents in Orange County include the following:

Anytime you or a loved one are seriously injured after being hit by a car for one of these reasons or really any reason, call our law firm to learn how we can help you recover compensation for your injuries.

Pedestrians are at an extreme disadvantage if they are involved in an accident with an automobile. Unfortunately, collisions between a pedestrian and a vehicle often result in catastrophic injuries. The severity of the injuries a pedestrian will sustain will depend on a mixture of factors including the vehicle’s speed, the angle of the crash, the part of the body that is hit, the vehicle’s design, and even where the accident occurs. Some of the most common pedestrian accident injuries that we see in Orange County include the following:

Proving Liability After Being Hit by a Car in California

Pedestrian knockdown cases generally revolve around the defendant’s conduct and whether the victim was in or outside of the crosswalk.  Defendant’s conduct typically means the common causes of a hit by car accident noted above.  The victim’s location, either in a crosswalk or not, or on a sidewalk, also plays a role in determining fault.

Hit In A Crosswalk

Generally, if you are hit by a car in the crosswalk you have a strong case against a defendant as long as you were not walking against a traffic light. This is because California Vehicle Code section 21950 provides that “[t]he driver of a vehicle shall yield the right-of-way to a pedestrian crossing the roadway within any marked crosswalk.” Thus, if a defendant hits you while you were in a crosswalk, the defendant likely violated this statute and may be liable to you for your injuries.

Hit Outside Of A Crosswalk

If you were hit by a car outside of a crosswalk, liability can become more fact-dependent.  This does not mean that you will not be able to collect compensation, just that you will need a strong and competent Irvine pedestrian accident attorney to protect your rights.

There are two parts to being hit outside a crosswalk.  One is if you were hit while standing on a curb or other point of safety.  If this occurs, it is likely due to the reason that a defendant hopped a curb or is driving over the sidewalk.  This will often result in a strong case against a defendant and allow you to recover compensation. The second scenario is if you were hit by a car in the street and outside of a crosswalk.  Liability in this situation is often predicated on reasonableness.  This is for several reasons.  The overarching premise is because California law tries to offer “safe and convenient pedestrian travel and access” across roadways, as expressly noted in Vehicle Code section 21949.

California crosswalk laws are the rules that determine when and where people can legally walk in the state. These rules were made to keep pedestrians safe. However, these pedestrian laws also aim to not infringe too much on vehicle traffic. Although there are numerous important laws that apply to pedestrians, however, some of the most important are listed below:

Should I Hire A Pedestrian Accident Attorney?

When you’ve been injured by someone else’s negligence, you have the right to seek justice and compensation. However, it’s common for insurance companies to be hesitant to pay injured pedestrians what they actually deserve which can lead to a challenging personal injury settlement process. To combat “lowball” settlement offers, you need an experienced Irvine pedestrian accident lawyer who is ready to fight for you and help you receive the maximum settlement in your case. There are many intangibles that a skilled injury attorney can bring to your case, including:

What Is The Timeline For A Pedestrian Accident Lawsuit?

If you’re planning on filing a pedestrian accident lawsuit in Orange County, you likely want to understand how long your case will take before it is settled. In California, the statute of limitations declares that a victim has two years from the date of the pedestrian accident to file a lawsuit. Once you file your lawsuit, the amount of time it will take to settle depends on a few different factors, including the severity of your injuries and the complexity of the legal issues involved in your case. If you were seriously injured, the at-fault party may be eager to settle the case before it goes to trial because they expect that the damages that you’re awarded by a judge or jury will be much higher than their offer. If you receive a settlement offer before trial, your Irvine pedestrian accident lawyer will help you determine whether you are being offered a fair amount of money for your injuries and other losses. At Tim Dominguez Injury Law, we fight to make sure that our clients are awarded the maximum compensation in their settlement.

What Happens If You Get Hit In A Crosswalk?

If you were hit while using a crosswalk, you need an experienced pedestrian accident attorney in Orange County to represent you. These types of cases are oftentimes complex and very stressful for everyone involved. We can help you understand your legal rights and the best steps forward to ensure that you recover maximum compensation for the damages you incurred. It’s only natural to be shocked and surprised following a pedestrian accident, but waiting to contact a personal injury lawyer will only hurt your case. Contact Tim Dominguez law today to discuss your accident and learn more about how we can help.

Here at Tim Dominguez Law, we understand that victims and their families are facing unexpected medical costs and lost wages due to the careless and negligent actions of a defendant.  This is why we offer free consultations and case reviews to help a family understand how they can recover compensation for their injuries. If you have been seriously injured after being hit by a car in California, or if a loved one was catastrophically injured or wrongfully killed, call to schedule your free case evaluation with our Irvine pedestrian accident attorney by dialing 800-5756-LAW or sending us a message through our easy-to-use “contact us” box available here.  We are here for you and will help in every way that we can. 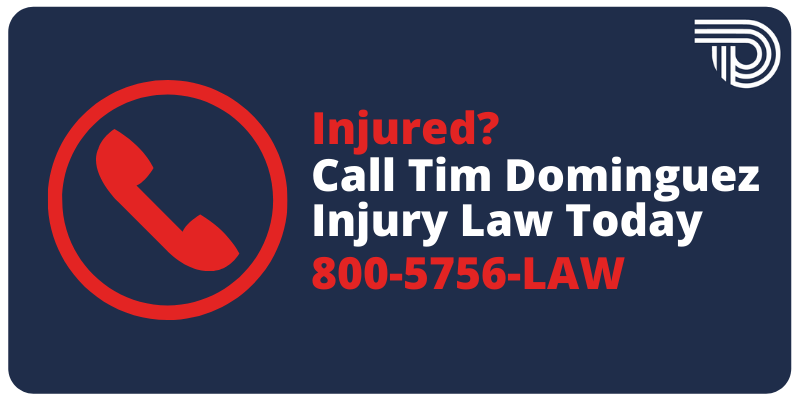